The Marwari Public Library at Chandni Chowk is like an oasis in the midst of a business hub of Delhi, says its secretary Raj Narayan Saraf, where people come to quench their thirst for knowledge. Seth Kedar Nath Goenka, a Marwari cloth merchant, was inspired by Gandhi to start this library when Gandhi first came to Delhi in April 1915. He set up this library six months later on Dussehra as a public library where mostly Hindi books, newspapers and journals were freely available. In the next two years, Kedar Nath was much influenced by the thoughts and actions of Gandhi and became active in various movements like Hindi dissemination, library movement, women’s empowerment and primarily the freedom movement under the banner of the Congress party in Delhi. On Kedar Nath’s invitation, Gandhi visited the library on 27th November 1917, at its present location in Chandni Chowk close to the Gurudwara Shishganj and the historical Fountain. The library is situated on the first floor having a steep staircase of twenty large steps. Gandhi recorded his impressions in the visitor’s register: “Is pustakalaya ki mulakat lekar main bahut khush hun. Pustakalaya humesha badhti rahegi aisi umeed rakhta hun.” (I am very happy to visit this library. I expect that the library always keeps growing and progressing). Bal Gangadhar Tilak also visited the library on the same day. 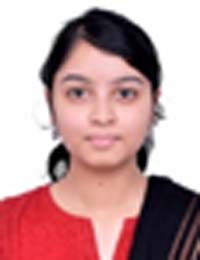 The Marwari Charitable Trust which manages the library presently, commemorated Gandhi’s visit to the library in 1917, on 27th November this year as a Smriti Diwas, during the 150th birth anniversary of Gandhi and Kasturba. The speeches and songs at the meeting reflected the holistic, secular, nationalist, humanitarian and non-violent ideals of the Gandhian freedom movement, particularly in Gandhi’s favorite bhajan “Vaishnav Jan To Tene Kahiye”. This 15th century bhajan written by Gujarati poet Narsi Mehta, sends the message that God’s true followers are those who understand the sorrows and woes of the downtrodden, the Dalits and the backwards and come forward to support them and ameliorate their sorrows. One of the distinguished speakers spoke of the importance of Gandhi’s Charkha as a symbol of the intended economic and political transformation of a free India which was however not fulfilled after Independence.

Gandhi’s visit inspired Kedar Nath and his fellow freedom fighters. Jathas would be seen coming out of the Marwari Library. During the 1942 Quit India movement, Marwari women played a significant role and Parvati Devi Didwania was the first Marwari woman to be jailed in Delhi. Kedar Nath was imprisoned several times, so were members of his family. In 1941, while in jail, he was taken very ill. On Gandhi’s advice, he was granted parole. After his release he passed away on 29 March 1941 at a relatively young age of 51. On his demise Gandhi said: “Kedar Nath’s demise is of course a sad matter, however he has fulfilled his life.”

Under the able leadership of  Kedar Nath Goenka, the membership of the Marwari Library multiplied rapidly and its branches extended even to the rural areas of Delhi. The Marwari Library which Kedar Nath planted and nurtured till his death, was declared a heritage library. Renovated in 2004, it has now a collection of 35,000 well maintained books, old newspapers, 700 epics and 21 rare manuscripts. Over time, scholars have flocked to this library to study and collect rare research materials on diverse subjects. One such scholar, who frequented the Marwari library in the 1970s, is Thomas Timberg, an American, who was researching on Marwaris at the Harvard University. His book ‘The Marwaris: From Traders to Industrialists’ traces the economic history of the Marwari community, its humble origins as moneylenders, its role as financiers and bankers to the Mughals and the British rulers, and its pan-Indian presence due to its migrations to different parts of the country.

Marwaris have had to face many an adversity over time like the Deccan revolt of 1875 by peasants in Maharashtra against the moneylenders; rain-gambling by Marwaris of Calcutta which destroyed their families, drew much public ire and was subsequently banned in 1897; ghee adulteration by Marwaris in 1917, again in Bengal, affected their reputation badly. This incident prompted Max Weber to refer to the baniya traders of Bengal as ‘the Jews of India’. Anthropologist Anne Hardgrove says the Deccan revolt lead to the creation of a national Marwari identity. These adverse incidents being part of the community’s historical memory, have led them to take steps to maintain their saakh or reputation by acts of public charity and philanthropy. The Marwaris of Bengal established schools, colleges, temples and launched newspapers in Hindi. In Delhi, the Birla Mandir, Jain bird hospital, several reputed schools and colleges, the three major newspapers both in English and Hindi and the Marwari Public Library and its associated hospital, schools and their participation in Ram Leela at Red Fort, are the quintessential examples of the community adapting and adjusting to the local milieu through participation in the popular culture of the host city, while maintaining their essential identity and community networks.

As I see it, the significance of Gandhi’s visit to the Marwari Public Library, a century back, is that it acted as a catalyst for the coming storm of the freedom movement. It was part of a series of visits by Gandhi to different places in India where people needed him most. Gandhi visited Champaran in April 1917 to witness at first hand the extreme exploitation that the indigo workers of Champaran were subjected to by the British planters. Thus, started the historical Champaran Satyagraha or peaceful non-cooperation movement, which was halted by Gandhi in February 1922 only after the Chauri Chaura incident of violence. In November 1917 Gandhi was at Delhi’s Marwari Library. In 1918 Gandhi visited and participated in the struggle of the Mill workers of Ahmedabad and also of the Kheda peasant’s Satyagraha. When the British levied a tax on the consumption of common salt, Gandhi lead a march to the sea-shores of Dandi (1930) where he and his fellow Satyagrahis broke the law on salt. In 1946 Gandhi went to Noakhali in the then East Bengal to quell and douse the fire of an all-engulfing, raging communal riot.

As eminent Gandhian thinker Ramesh Chand Sharma puts it, Gandhi foresaw that the combined strength of common citizens (Sajjan), the educated (Bidwat) and the business community (Mahajans) would be much bigger than the power of the rulers (Shashan). Indeed, by adopting this strategy, Gandhi was able to build a powerful, secular, peaceful movement to usher in Independence in 1947.

The significance of a meaningful alliance of different sections of the people against oppressive foreign rulers continues to be relevant even now in respect of authoritarian, rapacious, domestic rulers. With growing unemployment, farmer distress and escalation of targeted violence like mob-lynchings and attacks on Dalits, women and minorities, today there is an urgent need to form a democratic united front to protect the masses as Gandhi did.

Add hastakshep to your Homescreen!